Out of all the different books I read, I find that the genre turned into movies most often is “Chick Lit”. Like most females in their young 20-something age bracket, I admit that I enjoy “Chick Lit” type novels. I don’t enjoy annoying, bitchy, or sissy heroine main characters (who would?), but I do like the easy-escape read it can provide.

Since I enjoy reading those types of novels, I tend to read them long before the movie comes out. I thought I would review a few of the novels and their movie counterparts for an entry. I would rather prefer to read the books and watch the movies again for a more in-depth review, however the copies of the books now reside several hours away from me. Besides I remember them well enough to give an opinion for each of them. If I happen to get the book/movie versions at a later date, I would happy to review them again if necessary. 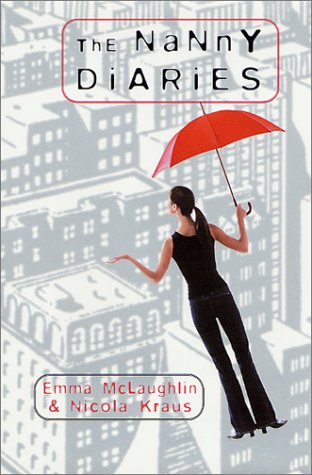 First I would like to start with The Nanny Diaries. The book begins as a sociological type of framework as if the narrator is conducting a study, where the main character is called Nanny and the parents as Mr. and Mrs. X. Nanny is a college student who starts her first nanny job for the X’s to work around her school schedule. Chaos ensues. The only name the book gives is 4 year old Grayer.  I understand that the authors themselves were nannies for Manhattan higher society types, and this probably helped them keep their experiences with those clients somewhat anonymous. However, I felt that it distanced the reader from the characters. Nanny is very one dimensional except in her love for Grayer (although why I can’t imagine, since he continues to be the biggest brat in the world). Mrs. X is a total bitch who terrorizes the Nanny as she realizes her own son doesn’t love her, much less anyone else.  I have to admit, I wasn’t a huge fan of the book. The love story even fell flat with Nanny’s love interest, nicknamed “Harvard Hottie” (again he is not given a real name). The book can be amusing at times, but the writing style didn’t work for me. It’s a decent read if you enjoy reading about those types of situations. As an avid babysitter for most of my teenage years, I was just annoyed. Annoyed with Grayer’s brattiness, Mrs. X’s bitchiness, and Nanny’s cluelessness. Rating: 2.5/5.

In comparison, the movie counterpart starring Scarlett Johansson and Laura Linney was a vast improvement. The movie began with an archeological study framework which worked a lot better for the film than it did the book. The love story involving “Harvard Hottie” was written so much better (with the help of adorable Chris Evans). Also, certain scenes with Mrs. X were done a little bit differently making her seem not entirely heartless.* Laura Linney did a great job with the role and Scarlett had all the charisma that her book counterpart lacked.  The movie exceeded my expectations, and I enjoyed it a lot more than the book. Rating: 3.5/5.

The next book I wanted to go over is Confessions of a Shopaholic. I absolutely love Sophie Kinsella’s Shopaholic series! Becky Bloomwood is quirky, funny, and smart. She gets herself in the most ridiculous situations, but it always works out and she manages to grow as a character. The movie is based on the first book also titled Confessions of a Shopaholic. It’s not my favorite book in the series, but I still enjoyed it.  Becky works for a financial magazine, including how to save and stock tips, except Becky has a secret obsession called shopping. And her obsession starts to cause a big problem as she becomes more and more in debt. The book is broken up with letters from her banker which get more and more irate as Becky tries to stall for more time. Becky has a great witty, narrative voice that always makes me laugh out loud, and she has a unique, creative way to get herself out of situations. The book also introduces one of my favorite male characters, Luke Brandon. The only problem I had was the book drags a lot in the beginning. I almost had a hard time getting into it, but it definitely picks up at the end and I couldn’t put it down for the last 100 pages.  Rating: 4/5.

I was really excited when I heard the movie was coming out. First problem I had with it: they chose Australian actress Isla Fisher to play an American Becky and set it in New York (the book and characters are actually set in England). I wasn’t sure what to expect.  As a comparison to the book, it was a huge let down. When I realized that this movie was not going to be like the original story, I put the book out of my mind and focused on the movie for what it was. It was very cute. I love Isla Fisher and she really did embrace the character perfectly. The storyline was different, but the situation and resolution was similar. The only thing that really bothered me was how they wrote Luke and his relationship with Becky. Although Hugh Dancy did his best, he just did not embody Luke for me. Also there was a running joke/thing about Luke, Becky, and the green scarf they met/fought over. It was entirely written in and it really bothered me for some reason. As itself, the movie was cute and enjoyable. However, it lacked for me as a true book adaptation. Rating 3/5.

The last book I wanted to go over is The Devil Wears Prada. It was first time novel and best seller by Lauren Weisberger. It follows the story of Andrea Sachs, a recent Brown graduate, who wants to get into the world of journalism. She lands her first job as a personal assistant to the tyrannical Miranda Priestly, fashion editor of Runway magazine (it is speculated that the character is loosely based on the editor of Vogue, Anna Wintour). Chaos ensues. I had heard so much about this book before I finally made the trip to the library, and I wanted to like it. But I just didn’t. As Lauren’s first novel it shows. The book drags on too long, the writing style was flat, and her characters were forgettable. The only redeeming thing about the book is Miranda’s character. Although she’s a huge bitch (Mrs. X times 3), Miranda makes the book at least interesting. Andrea’s character is utterly forgettable and annoying. She hates her job but she doesn’t do anything about it until it’s almost too late. My biggest issue was that the book was simply too LONG. By the time it finally gets to the ending, the show down between Miranda and Andrea is anti-climactic and I just don’t care anymore. Rating: 1/5 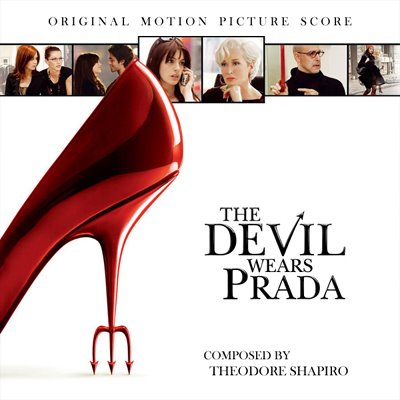 The movie adaptation took out all the filler in the book and made it better. I love Meryl Streep and she nailed the role as Miranda. I adore Anne Hathaway and she made Andrea’s character charming and remembered. They added a couple scenes featuring Miranda that made her seem more human, which added a lot of depth to her character. And I felt Andrea had a lot more growth as a character in the movie than she ever did in the book. Emily Blunt and Stanley Tucci add to the cast of characters that just weren’t there in the book. It was so much more enjoyable to watch then the book ever was as a read. Rating 3.5/5

I was thinking of adding one of my all time favorite Chick Lit book/movie duo Bridget Jones’ Diary to this entry, but I feel that I should reserve a whole entry for that one at a latter date (mostly because I want to reread the book again).

And for regular readers (all two of you), I am trying to be posting regularly on Wednesdays for now. We will see how it goes.

*I have issues with books/TV/movies of heartless bitches. Mean girls do not amuse me, I only get annoyed. It’s why Mrs. X** and Miranda did not amuse me. They just annoy and frustrate me. And I cannot imagine why a main character would bother putting up with it.

**Okay, I realize that Miranda maybe didn’t bother me as much. I think Mrs. X annoys me more because she’s a mom and a drama queen. Terrible combination.